Who Opposes His Divine Eminence Gohar Shahi and Why? 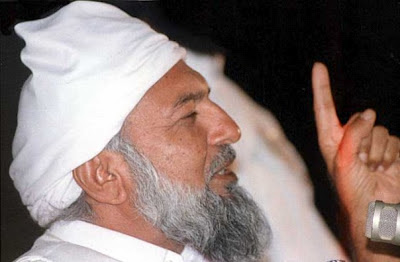 His Divine Eminence Gohar Shahi began His spiritual mission from the city of Hyderabad, Pakistan. Similar to the great Sufis of their time and the Fuqra, HDE declared spirituality to be the soul of Islam. He also declared the physical deeds and austerities fruitless without the purification of the heart and purification of the Nafs. HDE Gohar Shahi revealed the secret to get rid of sectarianism and planted the name of God in many millions of hearts. Hundreds of thousands of people were taken to the spiritual gatherings in the Court of Prophet Mohammad. HDE explained what a Murshid-e-Kamil (Perfect Spiritual Guide) is, clarified the purpose of a Bayt (pledging allegiance at the hands of a Spiritual Guide), revealed the secret that of becoming an Ummati (follower of Prophet Mohammad) and prescribed the method to become an Ummati. Those whose hearts became enlightened with the name of God (Ism-e-Dhaat) found their liberation from the shackles of Sunni, Shiite, Wahhabi, and Ahle Hadith sectarianism and became Ummati of Prophet Mohammad.

When the shackles of sectarianism began to break apart, pro-sectarian half-baked Muslim clerics began to baselessly oppose HDE Gohar Shahi for their own survival. They altered the writings of His Divine Eminence Gohar Shahi to misguide humanity and then gave fatwas of Kufr to turn people against Him.


When HDE Gohar Shahi explained how to recognise a Murshid-e-Kamil, the fake Peers and Murshid were exposed because of which this group also began to oppose HDE Gohar Shahi baselessly.

Abu Hurrera said to the Companions of Prophet Mohammad, "I have given you the first knowledge [given by the Prophet] and if I tell you the second knowledge you would kill me."

Attempts on His Divine Eminence Gohar Shahi’s life were made and fatwas of Kufr were issued against Him for the promotion of this second knowledge.

Remember while addressing the Muslim clerics, HDE Gohar Shahi said many times in His speeches and through electronic media, “If there is anything in my writings, lectures or teachings that goes against the Quran or against Sharia then burn me alive.”

The clerics of Islam spread a negative propaganda against His Divine Eminence amongst the public and they left no stone unturned in defaming, alleging and slandering Him.

HDE Gohar Shahi repeatedly expressed, “Prophet Mohammad is the Last Prophet, after him prophet-hood has been terminated and we believe the false claimants of prophet-hood to be Kafir.”

Regardless of this, half-baked Muslim clerics slandered against and alleged that HDE Gohar Shahi claimed prophet-hood.

As far as Martaba-e-Mehdi (Rank of Mehdi-hood) is concerned, in the light of the Divine Signs manifested by God we know this truth that HDE Gohar Shahi is the Imam Mehdi sent by God.


We invite the common public to research the teachings and personality of HDE Gohar Shahi and the Divine Signs manifested by God so that you too may reach the truth!
Posted by Younus AlGohar at 05:24

I have read all your articles, it has helped me understand and acknowledge why spirituality is so important in ones life, because without it our physical worship is not reaching God.