The following is a transcript of His Holiness Younus AlGohar’ s speech. His Holiness is the Official Representative of Lord Ra Riaz. 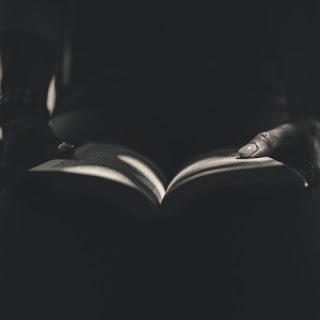 We have been talking about God and how God created human beings. We’ve been discussing how good or bad human beings are: why some human beings are good while others are not. Is a good man so because he is good on his own without any pleasant interference from God? If somebody is bad, then is he bad because he is bad or because God wanted him to be so? Can a bad person change from being bad to being good? And can a good person change from being good to being bad? Why do some people look for God and end up being a devil? And why do some people not even look for God and end up being holy? Things like that are very confusing and pose a lot of valid questions to the divine thought process.

How did the idea of creating such a multidimensional human race come about and what was the target to achieve by creating such a diverse global community? Some people do not even want to hear the name ‘God’. Some others appear to have gone into depths of the religion and have become so involved in it that they have become radicalised fanatics; they have adopted extremism.

The most important question is: have all these different people become what they are today thanks to their own understanding and decisions, or did they not have any control in becoming bad or good?

People tend to believe in religions blindfoldedly. People do not want to go into the depths. If they are not allowed to do certain things which have been declared prohibited on them, [they do not know] why it is prohibited. If they are allowed to do some things that they do not find interesting, then [they don’t know why they] should do it. They have to do it because it is a divine decree. In order to fulfil the divine decree, they have to keep their mouth and heart shut. Even if they don’t want to do it, they just keep doing it; they don’t know why they are doing it.

Being human beings, we understand that everything comes from its roots and nobody is self-sustainable. We hear that God is there since eternity and for eternity. It is beyond the capacity and intuitive calibre of my brain to digest such a lengthy, unreasonable and irrational thought: that God has been there since eternity and he will be there for eternity. Human intellect is not competent enough to gather exactly what it means.

We’ve been discussing different types of divine commandments: commandments which were given to people of Abraham, to the people of Moses, to people of Jesus, and then now Muslims. Being a Muslim, one has to believe in all four divinely ordained scriptures. If you do not believe the fact that all four Holy Scriptures given to different religions were ordained and revealed by God, then you do not qualify to become a Muslim.

Very unfortunately, the tragedy is that it is not possible. As long as your ears are open, your mind is working fine and your eyes are not shut, it is not possible to believe in the Bible at the same time as the Quran.

What the Bible says is totally opposite to what the Quran says. The irony is that God wants you to believe in both. You see, the problem is that Muslims just say that they believe in the Bible, Psalms of David and Torah. But if they happen to read what the Bible says, then they will find themselves in hot waters.

The Bible says, ‘Jesus is Son of God.’

The Quran says, ‘God is free from such a thing. God does not have a son or daughter.’

How do we believe in both? The Quran is rejecting what the Bible is professing.

I personally do not seem to fit in this divinely ordained scriptural philosophy because I don’t know how to believe in two opposite things. This contradiction is not just a minor or minute contradiction. How do we believe in the Bible and Quran at the same time when one is rejecting the other?

According to the Bible, God has a son, the Only Begotten Son. So it means there were sons who were not begotten – but they are still sons. A different method was used; they are not begotten. They have been conceived differently. They didn’t have to spend nine months in the womb.

When one army of Muslims was led by Ali (the Companion of the Prophet Mohammad) and another was led by Aisha, the wife of the Prophet (assisted by Amir Mauwiya, the Butcherer), there was this war between two different armies of the Muslims; people of both sides died. Today, Muslim scholars say, ‘Both were right. Respect them all.’ If Person X and Person Y are fighting and we say, ‘None of them is wrong. X is right and Y is right; they’re both holy. Somebody else is fighting,’ then this is terrible.

How do we believe in all four books? Every book tells you a different story.

One reason Muslims can come up with is that the Bible has been changed and altered. I can say that the Bible has not changed in the last 1436 years, because the Quran mentions that people who believed in Jesus also believed that Jesus was Son of God; this is why it was in the Quran. Whatever changed or alteration came about did come about at least 1500 years ago, not now.

It is not just Jesus. The Jews believe in Prophet Ezra and they believed he was the Son of God.

Since the Jews believed that they are already the Nation of God’s Son, any Prophet in that era – if that Prophet was not a Son of God – would have been ruthlessly turned down by those people. Hence, as a result of this notion, God had to send Jesus in that era.

On one occasion, Lord Ra Riaz was speaking in Kotri, Pakistan and someone was videotaping it.

In the middle of the speech, when Lord Ra Riaz paused for water, somebody asked, ‘What’s the story behind Jesus being the Son of God?’

What Lord Ra Riaz said was, ‘Maybe he said it by a slip of the tongue.’

The fact that Jesus is the Son of God has been verified by the Awaited One. The Bible states so and this fact is verified, endorsed and promulgated. We have come to this conclusion that – unless you are a mad person who doesn’t want to read the Quran or Bible and rather declares that whatever God says is right [without knowing what is being said] – it is not intellectually possible for any human being to believe in [all] the books equally in the wake of the Quran rejecting the Bible.
Posted by Younus AlGohar at 01:00