The following is an excerpt from a speech by His Holiness Younus AlGohar, the Official Representative of Lord Ra Riaz Gohar Shahi.


This is the third in a three-part series on Lord Jesus Christ. For more insight, read the first article, Jesus’s Reality and the Journey from Humanity to Divinity, and the second article: Jesus’s War Against Wahhabis.

The time in which Jesus served the people did not last more than 33 months.

All the trustworthy disciples were sent off by Jesus. They sought help from God and fell asleep in a cave. Their sleep was so prolonged by God that they slept for 300 years. They woke up after 300 years, ate food and slept for 300 years again. This has been going on for the past 2000 years.

Those trustworthy disciples of Jesus are waiting for Jesus to show up in the world so they can become helpers with Jesus and His Divine Eminence Lord Ra Riaz Gohar Shahi. 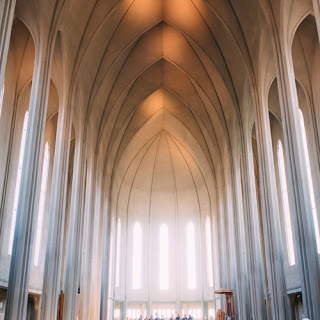 When all the trustworthy disciples were sent off, nobody sincere or honest was left; so Christianity was not properly organised. Then the individuals who were in secret company of Jesus came into the public and they told them about Jesus’ secret knowledge. When they spoke about it, the Christians feared, ‘They are saying the same thing that Jesus did – and he was killed.’ They did not leave any stone unturned in rejecting what they were saying; they did not want any calamity coming upon them.

These Christians today are those who have come to know of Jesus by reading about Jesus in the Bible and in the books. It is the only source of their knowledge. When they do not know anything else and a different concept is publicised which is in total disagreement with what they read in the Bible, they get offended. They become furious; they have their apprehensions and fears. They retaliate.

The more the practice of the religion they are into, the more retaliation will come from them. It will take some time for them to understand spirituality.

When this truth was forgotten by Christians, their glory faded away. Now we have more than 5000 different versions of the Bible. Christians are not into religion anymore. They celebrate Christmas but not for any religious reasons, but rather because they find an element of festivity in celebrating it.

About 8 or 9 years ago, we had a stall set up. There was this Christian man who was in his late 50’s. Somebody said to him, ‘Jesus has come back.’

He said, ‘Shut up. Do you want him to be killed again?’

He cried and said, ‘I wish I could see Jesus, but don’t say Jesus has come back. He has a lot of enemies; they will kill him again.’

There are people who genuinely and naturally love Jesus, who would love to see Jesus; however the doctrine of fear and concocted stories which have been passed on from generation to generation have become fundamental ethos of their religion.

Now, it is almost impossible to convince them by word of mouth. They need a spiritual injection which can clarify everything in their heart.

Only the Spiritual Revolution which will come about in their heart will change their heart and thought-process.

Without spirituality, nobody will change.