The recent development in respect of the new terrorist group that has emerged from Iraq - it is alarmingly dangerous for the global peace and for our mission also. I have been repeatedly saying this in so many of my speeches that the International Community, the leaders of the world should sit together, form an alliance and seek an academic solution to this problem. The world is suffering from a Spiritual Crisis. The interpretation of the Quran that these lunatic terrorists are putting forward to the world is not the true meaning of Quran; rather, it is opinionated and manipulated. Your opinion has no value in relation to the Divine Word. As a follower of a religion, you only go by the instructions given to you by your prophet and you obey God's commands. The manipulative version of the Quran is the cause of this widespread hatred and arrogance hidden behind the veil of the religion of Islam.

I will not get tired of telling the world that Islam, still, is a peaceful religion - because the truth does not change. However, these lunatic idiots, whoever they are and in whatever region of the world they are operating from and whatever their objectives are, I would like to let the world know today that they are not going to succeed. The irony is: the world has seen the power of hatred but the world is not ready to see the power of love. What you have seen in the last 13-14 years since the attack on the twin towers in New York was an exhibition of hatred. After that, what has constantly happened and still is happening in Pakistan is also a very strong exhibition of hatred.

Please note down on your hearts: God is all love! I cannot believe God being love would ever appreciate and encourage hatred.

Today we are standing at the brink of a mammoth, a huge destruction, as it appears. Many groups of terrorists are emerging from within many countries and it is becoming a global problem. These terrorists are young lads, young boys, 15-20 years of age. What do they know about Islam? Just one word, 'jihad' - that's all? This is not all Islam is about. Islam is a complete lifestyle: how to develop your relationship with God and your prophet, how to train spiritually, religiously and ethically your family; How to live with your neighbour, how to be a good man, a good husband, a good father and a good neighbour - how to be a good member of society. How many people around you are happy with your dealings, are you fair with your dealings? [It makes sure] you are not a threat to people in your day-to-day life. Islam is a full package. Islam would take care of your spiritual affairs, economical affairs, your sexual affairs - Islam encompasses all items in your life, all corners in your life; there is no corner that is not touched by Islam.

I am really surprised that Muslim families all over the United Kingdom - how unaware the Muslim parents are of the activities of their boys! One day, they leave for Iraq and Syria and the parents found out when they saw the video on Facebook. Is this how naive you are about your own children? About 22 years ago, I came to live in England and ever since, I have been living here. I found out that Muslims, especially Pakistani Muslims, never paid any attention to the upbringing of their children in this country. They took them to the mosque and thought they are in safe hands. They never asked their kids, 'What did you learn in the mosque today?' So I am not surprised. It is like when somebody dies, everybody is mourning; but when that person who has died fell ill, he needed medicine and he needed care, nobody asked him how he was doing, nobody asked whether or not he needed some help. But when he died, everybody is mourning. This is exactly what is happening in this world today, especially in the United Kingdom of Great Britain.

Do you think Islam is all about killing people? No! Killing is not allowed in any religion; however, like in a secular society, if somebody comes and attacks on you and you are in danger of losing your life, in your defence, you can do something. You can shoot somebody in your defence and this is how much Islam allows you to do.

The United Kingdom must monitor activities of people who are religiously regular visitors to the mosque. For example, a Muslim has to go to a mosque five times a day and there is no Salat that will take more than 30 minutes. If somebody is spending more time than that, something is fishy. You should monitor their activities. If you don't do it today, then I don't think [that] tomorrow, you will have time to regret what you have done. This is now time you should have taken some serious steps towards the safeguard of the people who live here.

Not all Muslims are terrorists however all Wahhabis are terrorists. It is very sad, but we have to admit that all Salafis, all Wahhabis - sadly they are all terrorists. There is a curse on them. They are terrorists because they disrespected Prophet Mohammad. This is a curse on them! The Salafis, within Islam, they have included the custom of their tribe before Islam. They give more priority to their ancestral customs and they call it Islam. They are very extreme and rigid in nature. These Saudis are Salafis and they are worse than Deobandis and Wahhabis. They are Salafi who attach (RA) with Yazeed's name (which denotes respect) and are against Imam Hussain, Imam Hassan and Hazrat Ali. The man who came to the mosque of the Prophet Mohammad [at the time of Salat] and said to the Prophet, 'You are still here having a laugh with your friends. You have no fear of God?' Can you imagine a follower is saying this to Prophet Mohammad, like he knows more than the Prophet! That man was a Salafi. They were Salafis who said that Prophet Mohammad did not understand the Quran! Curse upon them.

There is no compulsion in the religion.

How do we listen to these idiots, these motherfuckers who are giving sermons - holding a gun and giving a sermon, raping women and giving a sermon; they are waging a war against Kafireen (infidels) and they are using the products created and manufactured by Kafireen. They only like American perfumes and expensive watches like Omega; they are already wearing it and they are terrorists soaked in blood!

Some people talk about death and jihad, but then they see blood their arse is on the line. There was one man, he was interviewed by a TV journalist. He told them he was about to go on jihad but he ran away. The journalist asked him, 'Why did you run away?' He said, 'I cut my finger and I got so fearful when I saw the blood coming out from my thumb, I ran away. How would I see people getting butchered?' Some people, as long as they do not have the devil inserted into them, when they see blood, they want to run away. Just imagine when Jesus Christ is the leader of the Army of Love and they are in the battlefield with the permission of Lord Ra Riaz Gohar Shahi - eventually this world will become an exemplary place to live in.

Prophet Mohammad said, 'Imam Mehdi will fill the earth with justice. Justice will be done to be seen and people will see it!'

Only Jesus Christ, with the help of Imam Mehdi Gohar Shahi can and will defeat these armies of killers and hatred. Nobody else can be successful against them! I am telling you today because tomorrow you will regret. The End of the World is not far; what is going on today is enough to understand. People will start saying, 'This world is not good for living anymore.' Now, international travel will become even harder for people. Mobile phones and laptops, your shoes and your belt, everything is going to be screened and you have to stay there for many hours at the airports. Traveling has become harder and harder and people are always fearful what is going to happen tomorrow. The day is not far when people will say, 'This world is not suitable for living anymore.' When you hear people saying that, this is a sign of the End of the World. 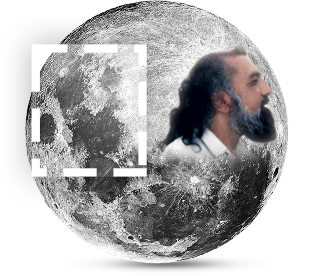 Imam Mehdi is just waiting for all these fractions of Taliban and Dajjali (anti-Christ) forces to get united so all can be taken care of at once. The followers of Imam Mehdi are very lazy; they cannot travel to too many countries sorting them out. Let them be united and when they are all united and are making castles in the air, then Imam Mehdi will take care of them.

I would like to remind you of a Hadith in which Prophet Mohammad said, 'God will grant to the forces of Imam Mehdi victory in one night.'

What is happening today will happen and is bound to happen which is like a Dark Hour which must come before dawn. The Dark Hour must come before dawn. Dawn cannot manifest its light, exuberance and majesty without letting it grow in the Dark Hour. The Dark Hour has to come. But those whose hearts are not dark, even in the Dark Hour their hearts will lit up and keep alit the candle of love and hope. Those who have dark hearts, they will turn to Dajjal (Anti-Christ) in the Dark Hour - and they are turning. There is an Urdu proverb, 'People salute to the rising sun.' In a similar way, when people see al-Baghdadi is in power, he has so many men around him and they are very powerful, they are impressed and they join them. But not us. We are the followers of the truth and we are afraid of NONE. We are not afraid of anybody. So what if he is Baghdadi? We are Gohari; we belong to Gohar.

HDE Gohar Shahi said, 'I am a boat that will never sink. Come in my way some time as a whirlpool to destroy me.'

This al-Baghdadi is receiving his two-minutes of fame. The original villain is very sober and serious. He is sitting quietly there in Afghanistan; these are just seasonal frogs. They have captured a few towns, he has declared himself to be Ameer ul Momineen and now he is appealing for people to obey him. This is absurd!

I would like to make this prayer today - the moment this al-Baghdadi bastard prepares to attack on the grave of Sheikh Abdul Qadir Jilani, I request my Lord Gohar Shahi to fall upon him fire from the Moon - because we have a great amount of love for Sheikh Abdul Qadir Jilani. The moment he wants to attack on the Kaaba, I want to pray to my Lord that there is Hajar al Aswad in Kaaba; before he even intends to do so, fall upon him fire from the Moon and destroy this legitimate bastard, amen.