The Current Situation and Future of the World

His Holiness Younus AlGohar, on many occasions, stated that in the near future the followers of the Dajjal, Anti-Christ would bulldoze and destroy the shrines of the Sufi Saints - and we can see it happening today! It is time for the world to wake up and realise the truth. Whatever the Representative of Imam Mehdi Gohar Shahi has said would happen, has happened, and will continue to happen because he has spiritual insight and is connected with the Divine. It is high time the world took his advice, especially the so-called world leaders who are now clueless on how to deal with the current wave of terrorism and radicalisation.

What terrorists are doing in Iraq/Syria: 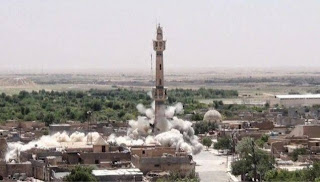 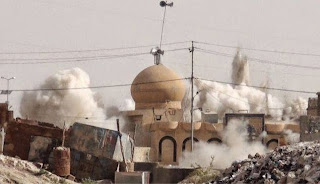 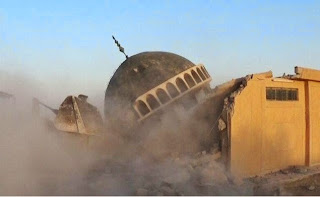 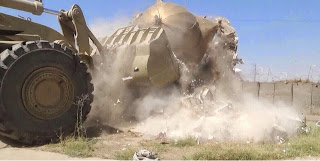 Many years back, HH Younus AlGohar stated this would happen in the future and in 2009, HH stated, 'The followers of the Anti-Christ will start demolishing the graves and shrines of the Sufis. Those who do that, you can understand them as the Anti-Christ.'

HH Younus AlGohar revealed the Dajjal (Anti-Christ) would emerge from Afghanistan and his name would be Mullah Omar. His followers will call him the 'Ameer ul Momineen,' and 70,000 Ulema (Islamic Scholars) would pledge allegiance (Bait) to him and this is verified by the Prophetic Traditions. The true Imam Mehdi will not take pledge of allegiance from anyone! Today, the ISIS, a fraction of Al-Qaeda, has started to do just that. However, even their leader, Abu Bakr al-Baghdadi, is not the original Dajjal. Soon, all these extremists will join hands and pledge their allegiance to the real Dajjal: Mullah Omar.

Furthermore, HH revealed the future of Pakistan and the events that will unfold leading to the formation of the New Sufi Pakistan ruled by a Dervish. He discusses everything from the weakness and tactics of the Taliban to the Armageddon that will take place. The Armageddon will be the war between the Army of Love led by Jesus Christ and the Army of Hatred led by the Anti-Christ. Love will prevail; but before peace is restored, a dark hour will fall upon the world. Clearly, we are headed in that direction. Just last month, nobody knew who ISIS/ISIL was, and now they have taken over a large area of Syria and Iraq. The world remains quiet. No one is raising their voice, let alone doing anything to stop them. Why? Because this is the mischief of the Anti-Christ. They have the power of the Devil. Only Imam Mehdi Gohar Shahi can save humanity. Only the teachings of His Divine Eminence Imam Mehdi Gohar Shahi can eradicate hatred and restore the peace in this world.

We have been propagating this for the last 12 years; but most people do not have time to listen to this message. However, we always tell them, 'If not today, then tomorrow, a time will come when calamity strikes and you find yourself helpless. Remember that the image of the Awaited One, Lord Ra Riaz Gohar Shahi is visible on the Moon and you may call upon Him for help.'

The world is headed towards destruction and a time will come when all these facilities available to us today will disappear. HDE Gohar Shahi has revealed that an asteroid is set to hit the earth in 2026 and that will be the last day. Before the end of the world, we will see an increase in earthquakes and a massive earthquake will hit San Francisco, California - and that will be the beginning of the end. People killing will not know why they are killing and people being killed will not know why they are being killed. This is what is happening in the world today, especially in Pakistan. Youth are being brainwashed. They have just learned one word: Jihad. They do not even know the true meaning of Jihad;  for them, Jihad is blowing themselves up to receive 70 damsels in paradise. Pakistan is a Muslim country, Iraq and Syria are Muslim countries. What kind of Jihad is this where Muslims are killing fellow Muslims? Again, it all sums up to one thing. This is the mischief of the Dajjal and the Satanic veils have been placed upon the eyes, ears and hearts of the unenlightened ones. The only way to save ourselves from this Fitna-e-Dajjal is to become enlightened and obtain Noor (Divine Light) so that we may find guidance in these dark times.

Spiritual Discourses of HH Younus AlGohar in English and Urdu can be found on our YouTube Channel AlRa TV.

For more videos please visit our channel AlRa TV
For latest news and articles check out our website: www.goharshahi.us
Posted by Younus AlGohar at 01:16