The world either has not recognised the fraction of Al-Qaeda: ISIS in Iraq and Syria, or purposely they are ignoring them. Recently, there was an article about ISIS in one of the leading US newspaper and they were praising ISIS, saying they are really good people and everyone is happy under their regime. I do not like it because the enemy of humanity does not qualify for any appreciation and nobody can be good with dirty intentions.

So we recognise them by their oppression, the act of tyranny, their nature of being trigger-happy and their nature of giving innocent lives a bloodbath. People who do not respect humanity cannot be good. That is our understanding. 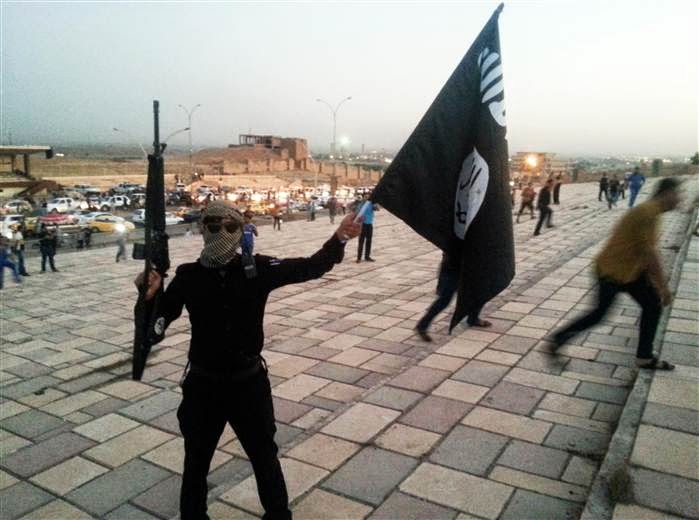 There is a lot of hype in the media - all sorts of media whether it is print media, electronic media or social media. There is a lot of hype about this so-called Islamic State of Iraq and Syria (Sham). Inspired by these idiots, there are some other fractions of the same terrorist organisation: for example, Boko Haram in Nigeria and Al-Shabaab in Somalia. Let me tell you: a majority of Al-Qaeda members come from Somalia. They have given different names to groups organised by Al-Qaeda in different countries. There is a fraction from Al-Qaeda and they are known as Haqqani Network (Pakistan); they are very famous. They are terrorists and they are from Al-Qaeda but it is very unfortunate that they are supported by governments and by armies. I don't know what is on their mind, what is their planning. They have double standards and they have two faces. Boko Haram, again, is a fraction of Al-Qaeda and then the so-called ISIS, Islamic State of Iraq and Syria. It's like you break into somebody's house, you put their Islamic flag and you say, 'This is an Islamic State from today.' There is no legitimacy. The entire act is unlawful and unethical.

Getting into somebody's country, killing them and then wrongfully occupying their land and then declaring that land to be an Islamic State - this all in itself, principally speaking, is against the fundamental teachings of Islam. There is no excuse whatsoever for this tyranny and oppression.

Now, the uprise of terrorism in different forms and different shapes is emerging from many countries of the world. Especially the Western World has to very meticulously, artistically monitor and take care of any individual who is inspired by such idiots. Inspiration has different forms. For example, you may think I am being a little more aggressive than I should be, however, I don't really care. I am giving you the understanding, I am giving you the thought-provoking policy so that you can understand and tell people, 'This is how you are going to control this widespread of terrorism.'

It's not about different people becoming a group and terrorising the entire world; it's not about the weapons. It's about the mindset. It is about the indoctrination. It is what is being hammered into their mind.

Let me tell you: for a long period of time, people were saying, 'Osama bin Laden is there, Osama is there, Osama is there.' But Osama died 10 years ago. In a similar way, people are killing humanity to create an Islamic State. But Islam died 20 years ago. Be honest with yourself. Tell me, do you see Islam in practice anywhere in this world? There is no Islam, my friend! If you see Islam somewhere, let me know - I want to see it. I haven't seen it. When there is no Islam, how can there be an Islamic State? What I understand ISIS is an Islamic State of Iraq and Syria without Islam. Do you see Islam in practice? There is no Islam. It is against all international, all religious laws to break into somebody country, kill them and declare their land to be your Islamic State. It is wrong, it is terrorism. I recognise this act as an act of terrorism.