The following is the transcript of His Holiness Younus AlGohar's lecture.

'Have you not seen a man who has made the desires of his Nafs his lord?'

If they understand English, then it's good. If they don't understand English then they should find a translator. I want to tell them that I am the Representative of Imam Mehdi Gohar Shahi. I want to tell them: had it not been for the sake of innocent people in Syria and Iraq who are now subjected to your tyranny - had it not been for the sake of these innocent people in those countries - the Lord has given me power that I can topple up those countries with one finger blink. I have the Lord with me. The moment I realise that in those two countries, nobody else for except these lunatic idiot Islamist terrorists are left, then of course you will see that these two countries will be toppled up.

I strongly condemn their acts of atrocities. I strongly abhor and detest, very strongly, vehemently their actions of hatred. These lustful bastards do not qualify to be called Muslims. Islam has been a pure religion; Islam was meant to bring about peace in the war-stricken society. And what is it? Your version of Islam is bringing strife, bloodshed. This cannot be Islam. This cannot be any form of Islam. Even the corrupted form of Islam is better than this.

In no religion, woman has been so much disgraced and disgusted as they have done. Prophet Mohammed gave respect to women. Even during war, children, babies, women, even men who were ill were excused from whar. For example, we have known Yazid bin Muawiya to be the most hateful tyrant, zalim, who killed the grandson of the Prophet Mohammed. But even he excused women, children and Zayn al-Abidin, who was ill. This is how you have the progeny of Imam Hassan and Imam Hussain, because he was excused; he was not attacked. But who are they? They're killing people like they're playing a video game, disgracing women. The woman who gave birth to you - if you disgrace a woman, it simply means you do not give respect to your own mother.

Whoever disrespects a woman, he in the first place disrespects, disgraces and disgusts his own mother; because he came from a woman.

Prophet Mohammed taught Arabs to respect women. He taught his followers and disciples to make peace, not make war. But as we see today, they have crossed all lines of ethical values, religious values, spiritual values. It is such a shame, such a shame, that Muslim leaders who call themselves Sufi Muslims Sufi Scholars - they're quiet! Abu Bakr al-Baghdadi, the illegitimate bastard, is openly saying that he is going to demolish the Holy Land, Kaaba. And no Muslim is voicing against them. They're openly saying they're going to demolish the mosque of Prophet Mohammed! If you are openly demolishing the Kaaba, which is the House of God, if you are demolishing the mosque of Prophet Mohammed, the grave of Prophet Mohammed, yet you think you are a Muslim? 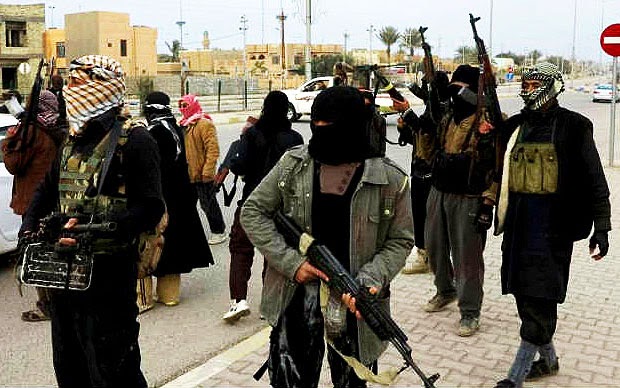 Come on, wake up. What are you doing? You must denounce it. You must detest it in your heart and you must verbally denounce it, if you have any stint of humanity left in your heart. If you do not denounce it then you yourself are a criminal. By remaining quiet on such an act of atrocity and tyranny you are encouraging tyrants to do more tyranny. You must not remain quiet; you must verbally denounce it in order to let them know there are still people in this world who can distinguish between right and wrong, between haq and batil. We [are] the organisation of the Awaited One, the Messenger of Love, the Messiah of humanity, Lord Ra Riaz Gohar Shahi, whose Sun of Hope is rising. Soon the Sun of Lord Ra Riaz Gohar Shahi will rise from the west, lit up the entire universe, fill the earth with utter justice and restore peace in a way that peace was never restored before. [It will] fill the earth with justice like it was never done before. The time is not far. The signs have been manifested by God. These existential hateful souls will kill each other and this land will become pure land. God doesn't like them.

But I'm telling you: the moment they carry out their assault on Holy Kaaba, they will be destroyed, because Kaaba has Hajar-e-Aswad in it.

As a member of Mehdi Foundation International, Messiah Foundation International, you are bound to verbally denounce this tyranny. You must verbally denounce it. Whenever there is an opportunity to denounce it, then do it. Make it known to people that this is an act of atrocity, an act of terrorism an act of fanaticism and extremism and there is no place for this in this world. All human beings are equal in the eyes of God. Whoever in whatever religion are carrying out atrocities and acts of tyranny, they are criminals in the court of God. A terrorist is a terrorist whether that terrorist is a Muslim, a Jew, a Christian or a Hindu. Whoever they are, they must reach their culmination; they must come to an end and their end is going to be very horrible. They are going to die a very horrific death. God can be patient with dishonest people, but he cannot be patient with people who do injustice.

They scream holding a gun in their hand. If they think they are sons of men, leave this gun. Come and talk to me. On the basis of holding a gun, anybody can become a brave person. I don't feel scared of anybody; you hold your guns but we are the Representative of Imam Mehdi Gohar Shahi. There is no bullet that can kill us. If there is one, find it and throw it. Then we will see. I verbally, emotionally, religiously denounce this act of tyranny and atrocity.

These are the enemies of humanity and Imam Mehdi Gohar Shahi will take care of them. Mark my words.

Let there be at least one group of people who can call a spade a spade. I mean, we know the truth. We know Islam. What they're doing is not even a flavour of Islam, let alone Islam. It is not even fake Islam. They are those about whom the Taliban and Al-Qaeda says, 'They are misguided.' In the eyes of Taliban, they are misguided. Who are they then? They have hunger for power and they're lustful people. When this young generation in the United Kingdom and other countries, when they get everything they desire to get all their life, all the bad things they want to do - when they get this thing under the label of Islam, this is heaven on earth. They are just fooling themselves; honestly, they know it is not Islam.

An excerpt from The Religion of God (Divine Love) on the end times:


Since souls of the elite from different religions would join this Spiritual League, as they had already affirmed the declaration of faith before God on the primordial day, and God had witnessed it; therefore, affiliation with a religion would not be a problem (and anyone from any religion would be able to join it). All would be allowed to worship according to their respective religions. However, their hearts would bear the same name of God. In short, they would be united in hearts regardless of their religious background. They will become Godly when they will have God in their hearts. Subsequent to this, God may either confine somebody to Himself or send anybody as a guide in any religion. There will be different categories for them: Mufeed (useful to render guidance), Munfarid (good for himself), Soldiers, Commanders. The supporters and helpers from the category of sinners also will reach some kind of rank.
Many of those (Muslims or non-Muslims) who failed to join this League of Mehdi would join the Anti-Christ (Dajjal). In the end, there will be a bloody war between the forces of Imam Mehdi and the Anti-Christ. Followers of Jesus Christ, Imam Mehdi and Kalki Avatar will be united and will defeat the Anti-Christ. The majority of the followers of the Anti-Christ will be killed, and their survivors will live in fear and helplessness quietly. Imam Mehdi and Jesus Christ will reign over the hearts of humanity. Peace will prevail in the entire world. All the religions will perish, and a new religion will emerge. That will be God's favourite religion,'Ishq-e-Allah' (God's rapturous love)—the gist of all religions established by the Prophets and their celestial books, acceptable to the entire humankind, superior to all forms of worship, even greater than God's love.

In the end, God will send forth one of the above mentioned souls. He will find and unite them together. And He will remind them that they also once loved God. All such souls whether or not they are religious will attend to his call, and flock around Him. He will grant them a unique name of God, which will pass through their hearts and settle in their souls. The souls will constantly engage with the repetition of that name (the soul will become a permanent Dhakir). The unique name of God will confer on them a brand new enthusiasm, a new power and a new definition of love. The Noor (Divine Energy) of the unique name of God will reconnect the soul with God.